Skip to content
You are here
Arriving in Beja, a city in North-West Tunisia, UN Volunteer Economics Officer Sarah Fekih thought nothing of cycling or jogging to get to work – she used to jog back in Tunis, where she is from. However, she soon discovered that she is the only woman in Beja who cycles or jogs. “So good that a woman is running! Keep running Sarah!” her neighbor told her a few days ago. And the schoolgirls from the local school clap at her, as she passes by.

Sarah, a 26-year-old Tunisian, runs every day to her office in the Beja Municipality, where she has been working over the last year for the project Madinatouna (Our city).  The project is implemented by the United Nations Development Programme in Tunisia in support ofthe National Federation of Tunisian Cities, and in partnership with the Deutsche Gesellschaft für Internationale Zusammenarbeit (German Federal Enterprise for International Cooperation – GIZ), CILG-VNG International, Cities Alliance and MedCities.

Together with two colleagues, Sarah researched the needs of the people of Beja to find out what could help to develop the city, in order to contribute to the 2030 Agenda for sustainable development. They meet government officials and civil society organizations to collect qualitative and quantitative data (interviews or statistics) related to the city.

The UN Volunteers organize workshops to determine challenges and opportunities and identify sustainable projects, then produce reports for the municipality and potential donors to facilitate the implementation.

Sarah identified some projects, elaborated on them, and now she is working on the final stage: implementation and funding.  One of these projects involves the marketing of locally-produced traditional sweets.

“Have you ever tasted Jalebi, also called Zlabia? It’s a delicious sweet produced in Beja: it’s a specialty here. People from all over Tunisia come here to buy it, especially during Ramadan,” she explains.

During the research stage, Sarah discovered that Beja’s Jalebi cannot exported to Tunis or abroad because of the lack of appropriate packaging and labelling. As such, she has worked to encourage artisans, the municipality, and government representatives to meet and discuss the issue, seeking help from labeling experts.

Slowly but surely, Jalebi artisans are starting to organize themselves to reach Tunis with their products. Contacts will be initiated with some retailers. The final goal is to export all over the country and abroad. The good thing is that this project has not needed much funding. It is just a matter of putting effort and expertise together. 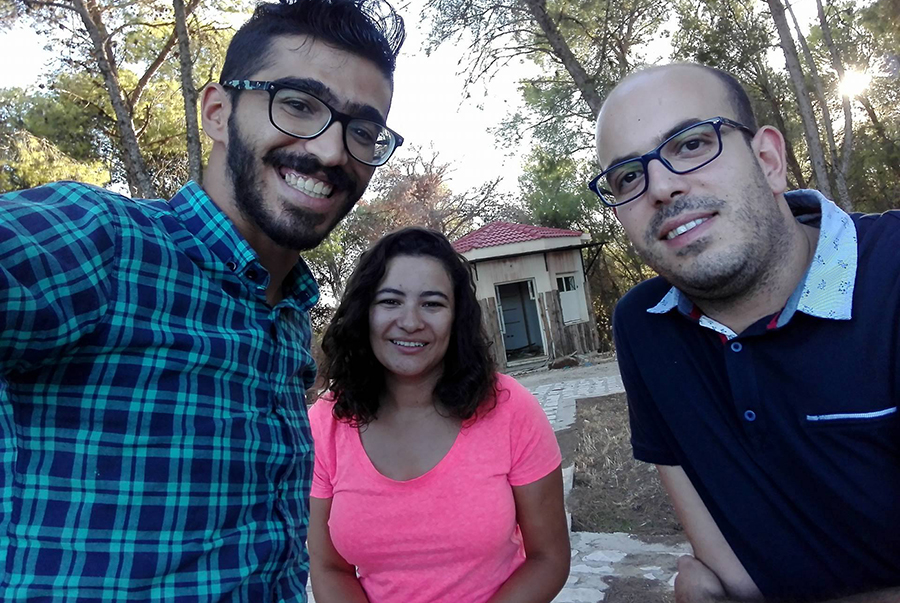 Sarah has also been working on a second project in need of wide funding: the building of an “economic hub” in the outskirts of Beja, to supply services for farmers. This was a project conceived years ago by Beja’s Municipality, but never implemented; former governments had not engaged with this proposal coming from the local level.

Now, through a participatory approach, the municipality has revived and reformulated the project and is looking for fresh funding. Sarah has brought this project back to the table by involving different stakeholders, such as local institutions and the municipality. The challenge was to address the issues that were blocking the project, for example, land issues, environmental concerns, lack of funding, and the like.

I’m an optimistic person. I know that the new municipalities lack funding. I know that it won’t be easy for them to take over. But we must start from something. Step by step, Tunisia will make it. –Sarah Fekih

Tunisians elected their local representatives for the first time on 6 May 2018. A turning point for the country, after the Revolution in 2011, the new Constitution approved in 2014 and the new Local Collectivities Code recently approved by the Tunisian Parliament.

The new Beja Municipal Council met for the first time on 26 June 2018 and elected its President. Sarah and her colleagues attended the session, with great emotion: “I was so happy to see many young councilors and women councilors – it’s really new, and such a positive achievement”.

Positive changes are already visible in Beja. During one of the last workshop organized by the UNV with civil society organizations, some local activists proposed to take on themselves the work on the UN Volunteers, by creating an association called Beja 2030. Before the arrival of UN Volunteers, few people in Beja were aware of the 2030 Agenda for sustainable development. Now it is widely discussed, and people are mobilizing with ideas to implement it.

The three UN Volunteers have brought fresh air to the Municipality, strengthening the people’s confidence in the newly elected council’s potential. People hope that now their voice will be heard in Tunis. They are aware that together they can elaborate projects, find partners in local and central institutions, and ultimate push for meaningful change.

After completing her Bachelor’s degree in Finance and an internship at UN headquarters in New York, Sarah is happy to have been able to volunteer in the field, helping to kick start the decentralization process in her country.

The most precious resource that Tunisia has is its human potential: we have to start from ourselves. –Sarah Fekih

When she first arrived in Beja from the capital, the city looked dusty, poor and underdeveloped to her. No place for young women of her age to gather, no cultural activities, nothing to do in her spare time. Now, after one year in Beja, she is love with the city and its people. “I have been so happy in Beja, I could even settle down here,” she says, while putting on her shoes to jog to work.